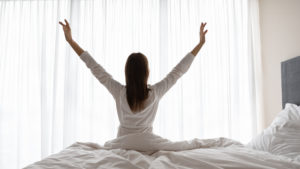 We are into the second month of 2022. And I am already behind as I had a mild case of covid during the first half of January. Needless to say, it is better to start the new year off in February than not at all.  With that being said, I am starting the year with a fresh mindset and looking for new energy to go into this new year, now that I am over covid. Have you ever selected a word for the new year? Here it is at the start of February and I am just getting to it. My word for 2022 is ARISE. i am excited at the prospect of what this word may mean for me this year

The main one took place in the prayer room at IHOP-KC in December. I was sitting in the prayer room, listening to the music and prayer set. They were singing through a particular Bible scripture. This time they were going over a passage out of Song of Solomon 2. In verse 10 it says in the NKJV, “‘Rise up, my love, my fair one, And come away.”MY beloved spoke, and said to me: ‘” And also in the second half of verse 13, ” Rise up, my love, my fair one, And come away!” That word Rise jumped out at me when I heard it. It seemed that the Lord spoke directly to me.

I had been praying about a word for 2022 but nothing had come to me until that moment. I prayed about the word, Rise, and then the word Arise also came to my mind. It seemed that couldn’t get that word or the variation of it out of my head. As I thought about it more and more, the more relevant it appeared to be for my life as I was finishing up my life coach certification course and also finishing up the final stages of the editing process for my novel, Faith Rising. I talked to a friend who has also been one of my writing coaches in the past. She thought that it was great for me.

I cemented the word as my “word” for the year in January when I ordered a special bracelet with the word engraved on it. It was not very expensive. I figured that it would remind me during the year of my word when the excitement of the new year wore off. It would stimulate me, later on, to reflect and act on that word throughout the year.

The word ARISE has a few different meanings. The Merriam-Webster dictionary defines the word arise as “to come into being or to attention: to begin to occur or to exist.” The Free Dictionary on the internet states that the word is “to get up, as from a sitting or prone position or to awaken and get up.” The third definition which the Free Dictionary gives is “to move forward or upward; ascend.” The fourth definition seems to agree with the Merriam-Webster definition, “to come into being; originate.” The definitions all seem to refer to coming into being or moving upward in some way or another.

So even though, I am not a person who likes the attention caused when you are told to arise, it appears that the Lord has something about that word for me in 2022. I plan to publish my novel in the spring and start my life coach business sometime after that. It may well be that I am going to arise out of obscurity.. We will see. Or perhaps, the Lord wants me to arise and come away with Him into the secret place. That is certainly the best place to be. I want to gain more intimacy with the One true God.

Do you have a word for 2022? What is it? And if you don’t, it is not too late to pray about it. Maybe you can ask the Lord what specific word He has for you in the new year.