I recently went to visit some friends and family in Maine. My mom and sister live quite close to the ocean near Mt. Desert Island and Acadia National Park. Part of the Park sits on the mainland on a peninsula called Schoodic Point. When I visit I like to drive out there to watch the waves splash against the rocks. The ocean and the granite rocks create a spectacular backdrop against the blue sky and the dark green pine trees.

This last trip touched many heartstrings for me to get to the point. I drove through a small fishing hamlet called Winter Harbor. That village was the first place I called home as a child. My dad, stationed there at a Navy Communication base where he translated codes as he knew both Russian and German.

As a child, I walked to the elementary school on the other side of the working harbor and the rocky beach in the center of town. I remember stopping at the beach with a group of children one day after school and standing at the water’s edge. We stayed there for over an hour, letting the water lap at our boots. 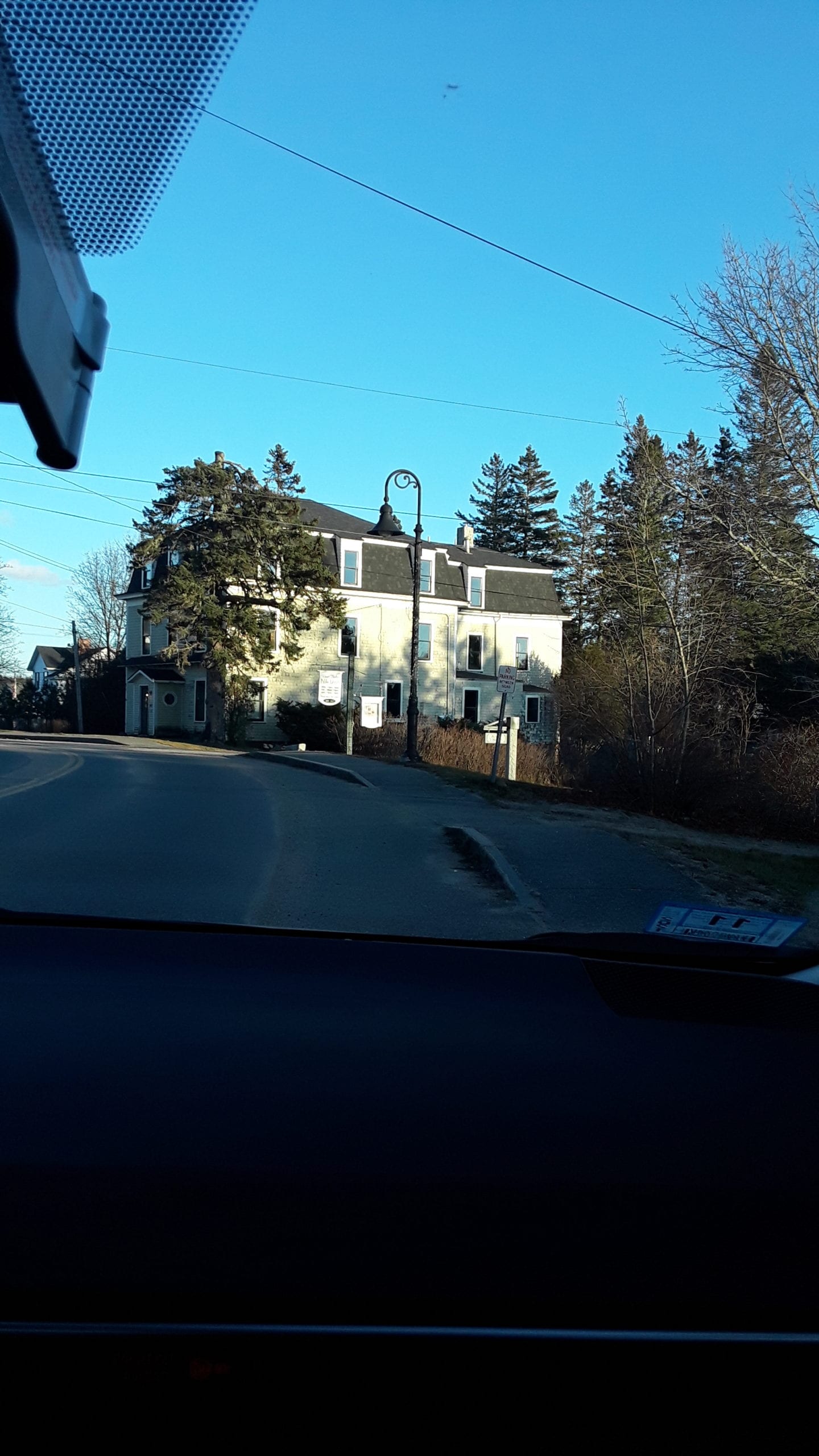 When we first lived there, we lived in an apartment building near the middle of town before we moved to the Navy housing duplexes. Some of my first memories were of me running after my brother, James, outside the apartment building beside the stone library. I also remember going to the Baptist Sunday School every Sunday once I was old enough top take the bus which came to the housing area to pick up children. One Sunday morning, I insisted on going to Sunday School. This was unusual because I had just gotten over chickenpox and my two younger brothers still had it. My mother didn’t want me to go. But I stubbornly refused to stay home. I felt so proud climbing up the steps of the bus to claim my seat. I loved going to church and learning about Jesus.

The trip to Schoodic, and particularly Winter Harbor, made me think about my roots. Maine is often noted for its harsh winters and cool summers. Many people see Mainers as hardworking and perseverant. I find that second trait showing up in a lot of personality tests I took over the years. I tend to persevere in the middle of trying and slow-moving circumstances.

Maine people persevere in the midst of harsh winters and short growing seasons. To survive, they used their perseverance and resourcefulness. I am proud to call myself a “Mainer.”  I see the qualities noted in Maine people in myself. Knowing your roots often tells you a lot about yourself. It leads to you feeling more secure about yourself like a plant deeply rooted in the soil. The plant can stand its ground during a storm. It can hold its head up high when the wind blows or the rain comes. I pray for that in my life.