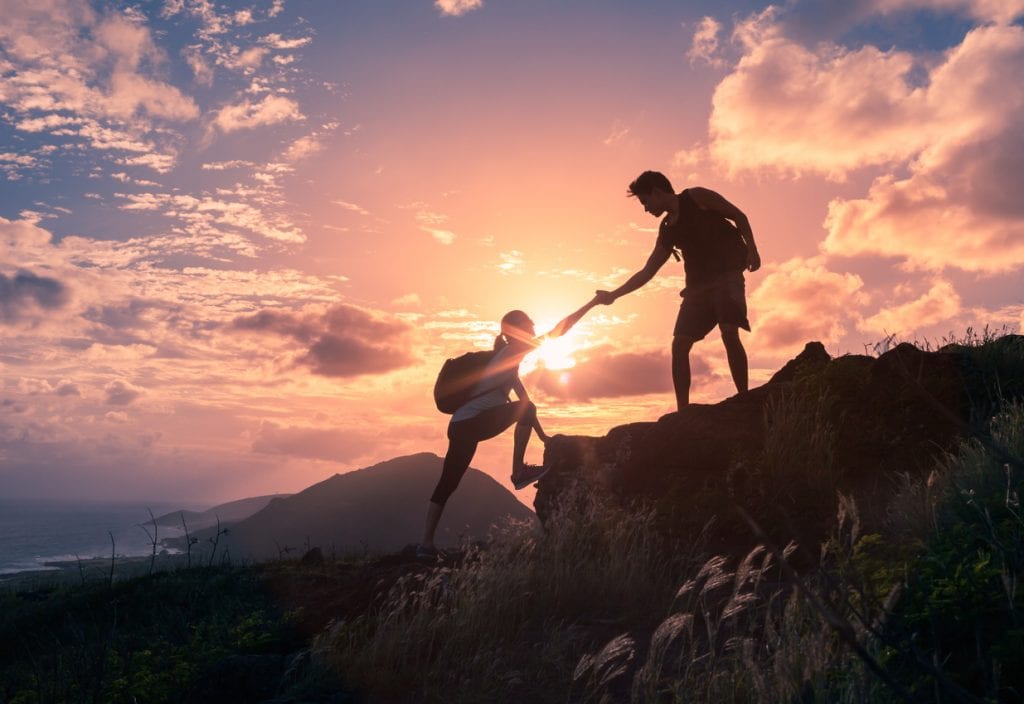 In September, I had a significant birthday. To celebrate my husband took me on a trip to Israel. This was not our first trip to Israel. It was actually my husband’s seventh trip and my fourth. We love Israel, especially Jerusalem!

One of my favorite spots in Jerusalem is the courtyard of Christ Church. Christ Church has a compound just inside the Old City, near the Jaffa Gate.  Squeezed in between the Armenian Section and the Arab section of the Old City, the compound includes a guest house, a coffee shop, a gift shop, a church, a museum and a courtyard. The courtyard itself contains a dining patio and a small garden in the middle of of the complex of buildings. In my opinion, it is one of the most peaceful spots in all of Jerusalem.

On my birthday, I wished to have my morning quiet time in the courtyard of Christ Church. That was not an easy task to accomplish, even though we stayed with friends who lived close to the Old City.

One of our friends volunteered to drive us to the Jaffa Gate. First, she dropped off her youngest child at preschool. It didn’t take long to get to the preschool and then we headed out to contend with Jerusalem traffic. Traffic was congested, to say the least, and the Israelis drive worse than New Yorkers. Each driver pushing to get ahead of the other.

As we navigated through the streets of Jerusalem, our friend mentioned how even though the Israelis drive crazily, they still follow the rules of the road most of the time. She talked on about it, as she skirted around a long line of cars waiting to make a turn, into the opposite side of the road. Fortunately, no cars approached us until we passed the line of cars and gotten into the correct turning lane. Needless to say, our friend has adapted quite well to the Israelis’ traffic.

We appeared to have clear sailing up to the Jaffa Gate from a distance. But as we approached the main road going up the hill, we saw a gatehouse which let only a few cars up the road. The car ahead of us got through. So we approached it with increased confidence. The gatehouse let us in but then another gatehouse barred our way. We thought that we would have to turn around.

Dan and I decided to walk the short distance up the road to the Jaffa Gate from there. It was a beautiful day. September in Israel is still quite warm. The sun shone brightly and even though it was mid-morning, the temperature ranged probably in the high 70’s or low 80’s. We walked up the hill, and through the gate into the Old City. The stones of the walls of the Old City and the cobbled stones of the walkway added to the charm of it. Although, the stones in the walkway did make it harder for me to keep my balance and I had to stop to catch my breath once or twice before we made it to the compound.

Once there, we found a table on the terraced patio and I made myself comfortable, pulling my journal and Bible out of my backpack. A Pergola covered the patio, so we were not in the full sun but still got to enjoy the refreshing mid-morning air. It was delightful! Once settled, I walked inside the coffee shop to get my birthday mocha.

As I sat down to sip my coffee and write in my journal, I thought about my birthday. It was a momentous birthday. Significant, as I had mentioned earlier. A new start to a new year and even to a new decade. My 60th birthday. I wanted to start it right, with the Lord, giving Him the first fruits of this special day. 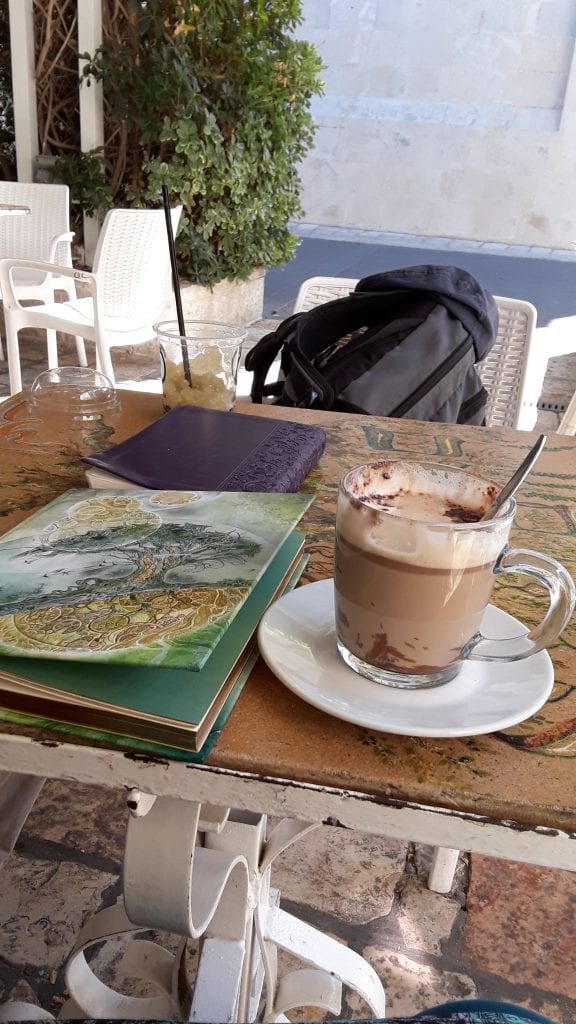 Thinking to myself, ‘What a momentous day. I have come so far in my life, having lived sixty years. Some people might say that I am done or nearly done. But I don’t want to accept that and retire to a rocking chair for the remaining years that I have ahead. Instead, I want to refire, to seize the day and make the best use of the time I have left on the planet. Carpe Diem, as they say in Latin.   Wasting my latter years is not how I want to live my life. Instead, let the years ahead produce much fruit for the Kingdom of God.’

The verse from Ephesians 2:10 (NKJV) came to mind:
“For we are His workmanship, created in Christ Jesus for good works, which God prepared beforehand that we should walk in them.”

I want to walk in the works which God had already planned for me. But how to know?

Later, after we had returned to the States, I pondered this question again and sought the Lord in prayer. How to know?  The verse  Psalm 46:10 (NKJV) came to mind:

I did this for over a week and still continue to do so, placing myself before the Lord to obtain His wisdom and plan. Deciding to set aside more time first thing in the morning to get His agenda for my daily activities, I made it a priority. I don’t want to waste my time. Time remains short. It spins madly around you and suddenlly you realize that not only have hours passed, but days and even years have trickled through your fingers.

So, as I sit and wait for God’s direction for His plan, I set myself to apply myself to the tasks which He places on my heart and hands. I plan to seize the day today.