Dwelling in the Shadow 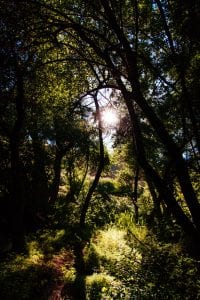 What does it mean to “dwell” in the shadow of the Almighty? I think of the times when I have gone for a walk with my husband on a sunny day. My husband’s shadow extends itself from him on the ground. To dwell under his shadow means to be close to him. We live close to God when we dwell in His shadow. The same can be said for being under the shadow of a shade tree. One of the definitions for dwell is to abide or to reside. As a Christian, we are told to abide in Jesus in John 15;4. “Abide in Me, and I in you. As the branch cannot bear fruit of itself, unless it abides in the vine, neither can you, unless you abide in Me.”

To dwell also means to live in or at a specified place. So in Psalms 91 vs 1, the verse states, “He who dwells in the secret place of the most High shall abide under the shadow of the Almighty.” Then it also says in Psalm 91 9-10, “Because you have made the Lord, who is my refuge, Even the Most High your dwelling place, no evil shall befall you, Nor shall any plague come near your dwelling.”

Some questions come up for me. One, do I dwell in the secret place? And two, what is the secret place of the most High? The verse says that we dwell in the shadow of the Almighty. Again, to be in a person’s shadow is to to be standing or walking very close to them. Dwelling is even more intimate than that. Later on in Psalm 91:4, it says “under His wings, you shall take refuge.” Again, we see that reference to close proximity to the person, and a intimacy, a place of extreme closeness. We think how a mother hen shelters her young chicks under her wings.

Also, I am reminded of when my husband and I first started to get really serious in our dating relationship. I wanted to be with him as much as possible. He worked different shifts which changed weekly. I worked a regular 9-5 job. His apartment was above mine. So on my lunch break, I would come home to the apartment building on his days off, just so I could see him. I wanted to be close to him most of the time. That eventually led to our deciding to marry. So we could spend even more time together. We grew in intimacy as our relationship progressed. I still want to spend as much time as possible with my husband on his time off from work.

We need to relate to God in the same way. We want to spend time with Him, both in His word and in prayer, We take the Word of God and use it in prayer and meditate on it. As a Christian, I have accepted Jesus into my life as my personal Savior and have walked into a new relationship with Him and God, the Father. Each day, as I dwell with Him, I draw closer to Him.

Jesus described His relationship with us in John 15. He states that He is the vine and we are the branches. We are a part of Him. Jesus said, “I am the vine and you are the branches. He who abides in Me and I in Him bears much fruit, for, without Me, you do nothing.” (John 15:5 NKJV). And then in verse 7 of the same chapter, He says, “If you abide in Me and My words abide in you, you will ask what you desire, and it shall be done for you.”

The Passion Translation says in verse 5, “As you live in union with Me as your source, fruitfulness will stream from within you.” Again, abiding speaks of an intimacy where I live in union with Christ Jesus. He lives both inside me and outside me at the same time. As I seek to follow His commands in obedience to His word, His love grows within me and from there, life flows out of me.

Pondering these verses, I am wondering if by dwelling or abiding in the secret place of God, the Most High, it demonstrates God inviting us to come into the very heart of God. Perhaps, to rest in Him, to dwell in Him, and to know His heart and the things which are important and of value to Him. Ultimately, it reveals we dwell in His presence.