BE STRONG AND COURAGEOUS 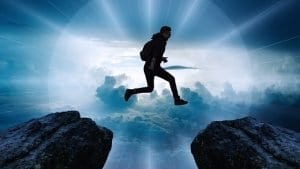 Image by Gerd Altmann from Pixabay

Looking down at my wrist, I saw the bracelet I had purchased for myself from a company that went out of business. It is a  slender silver cuff with the words “Be strong and courageous” engraved on it. It reminds me daily of what the Lord has been telling me for several years now.

The challenges of life along with my adventuring into new arenas weighed me down. Was I really being strong and courageous?  I did not face my daily challenges with vigour and joy.  Old fears kept me from moving forward into these new areas.

I had to admit that that was not always the case . When I encountered friends, I remembered myself as a person who often failed and was not eager to move forward because of it. I thought that others saw me as a failure too and that I saw myself the same way.

That was not the person who God had been telling me that I was. Over the past few years, God has been affirming me with words of love. He even spoke to my heart, calling me “His beloved.”  Even though I knew that God loved and accepted me, I still found myself feeling rejected by others. Sometimes this occurred only in my own head. I thought others thought negatively of me.  When I asked them, they had no idea what I was talking about.

I knew that God forgave me for behaviour that I had done decades before. Yet, I still carried the weight of guilt and shame from it. Instead of running from these things and pressing forward to the dozen things which required my attention, I found myself wallowing in depression and self-doubt. I needed to be reminded often to be courageous and face those thoughts and burdens which threatened to cripple me. So I had purchased the bracelet.

Thinking about it started to bring tears to my eyes. “Be strong and courageous,” I reminded myself. Joshua had gotten that command from the Lord when he was just starting out in leadership to take the Israelites into the promised land. Joshua 1:1-9 (NKJV) speaks of God telling him not once but three times.  The Israelites had wandered in the wilderness for forty years because of their unbelief.  He had promised them in the first place that He would deliver them.

Joshua became the new leader when Moses died. Joshua was one of two people from the generation who had started out from Egypt 40 years earlier. Caleb was the other person. Caleb and Joshua had been the only two people out of the entire group of Israelites who had believed that God would defeat the people before them. Joshua, now newly in charge, needed God to affirm him at this time and get his mind in gear to lead the people into the land.

That is the case with me. As I endeavour to do the things which the Lord told me, I find myself constantly reminding me to be strong and courageous. I need to free myself of old mindsets which keep me in the same spot for years. I can either stay stuck in unbelief. Or I can take God at His word where He tells me that He stays with me every step of the way as I enter into the new land which He promised me.

I prefer to be like Joshua and believe God. He proved Himself faithful to me over the years and I know that He will continue to do so as I take the steps that He reveals to me. The older generation of the Israelites saw God miraculously take care of them after they had left Egypt. But they still doubted God’s ability to defeat their enemies before them. I want to be like Joshua and believe God will lead me too. God is faithful to do this with each one of us. Whatever new things the Lord puts before you, remember His faithfulness. He will lead you into all that He promised for you.